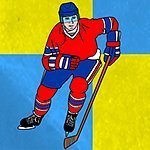 The usenet threads are an amazing treasure trove of information.  I was just reading through some of them and it's great.   Here is a link to the release date one that you mentioned: https://grou

Hey guys, I just ran across this thread while doing some research on NHL 94. I actually do a lot of research into game release dates (I have a website and YouTube channel), and generally turn to Us

Don’t let some old thread steal your thunder. That guy is clearly the billy Mitchell of nhl’94