Being one of the select few individuals to make it to all 5 NHL events that Troy @Edge of '94 Midwest has put together, it is incredible to see how far we have come. Every year the production value, q 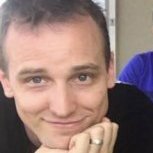 This was my first real live tournament with competitive competition. I had went to one in my city and placed 3rd for Sega, and then joined the online league about 6 months ago, and worked my way up an

First things first, Troy and Leif deserve a huge credit and thank you for making Edge of ’94 Midwest an amazing experience.  Like many of us, I have loved ’94 since the days of playing friends over an