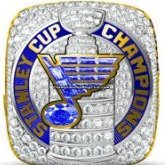 YO! YO! YO! I stumbled on this site looking for good 98 info and found some cool editing tools. Decided to test my might by putting together a 98/20 build. Huge tip of the cap to all the devs and